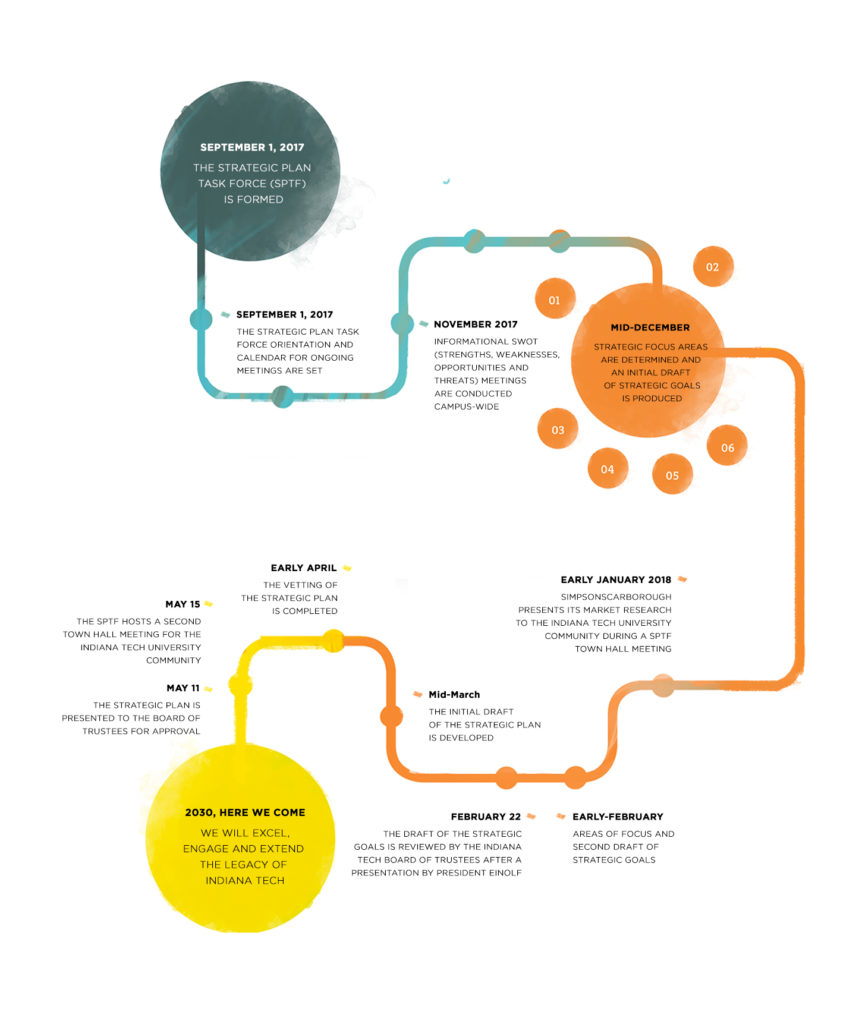 OCTOBER 4, 2017 The Campus Master Plan Committee and the Facilities and Infrastructure Team hold a joint meeting

EARLY-DECEMBER 2017 A SPTF survey of staff, faculty and students is conducted

FEBRUARY 22, 2018 The draft of the strategic goals is reviewed by the Indiana Tech Board of Trustees after a presentation by President Einolf

EARLY-APRIL 2018 The vetting of the strategic plan is completed

MAY 11, 2018 The strategic plan is presented to the board of trustees for approval

MAY 15, 2018 The SPTF hosts a second town hall meeting for the Indiana Tech university community